Any nation that has ever allowed, permitted, or encouraged unchecked entry into their nation has had their sovereignty and culture destroyed.

The Constitution clearly states in Section 4, Article 4:
The United States shall guarantee to every State in this Union a Republican Form of Government,
and shall protect each of them against Invasion; and on Application of the Legislature,
or of the Executive (when the Legislature cannot be convened) against domestic Violence.

Therefore, the primary protection of our nation's border, which by definition is the border of any State where it does not lead to another state, whether land or water. This Federal Government task does not allow for any decision whatsoever from Washington: the Constitution requires a secure border.

Any administration that would support such an open policy is working to the destruction of our nation; fundamentally transforming our unique blended American culture into a divisive and fragmented morass of confusion in language, policy, and entitlements at the cost of damage to every American family. It must be recognized that intentional agreements were made and facilities put in place in other nations to specifically target children to ship, unaccompanied in thousands of cases, through our southern border to create a crisis through which our sympathies for these unfortunate survivors of such an ordeal could be abused and our ability to monitor, much less control, our border would be overwhelmed.
Dennis Ball has remarked; "It's again another outrageous act committed by Obama" which the American Party of America (AOA-ANC) condemns as yet another offense the Obama administration has committed against the American people. It has become apparent that the motivation of our current regime is to bankrupt America by draining our resources and not only keeping America in debt, but forcing massive new debt onto future generations that can never be repaid, in any way possible, including the massive costs to our society of unchecked illegal immigration, which hurts legal immigrants as much as it destroys the fabric of the nation they wish to call home. This is unacceptable!
Congress must act, and honest Justices who respect the Rule of Law must block, any and every unConstitutional policy and act committed by the currently corrupt administration related to violations of our Immigration laws. “He acts like a dictator indifferent to the oath of office he took - twice - to the Constitution of the United States. His actions (on immigration) are treasonous and traitorous! Every taxpaying American should be concerned about their children's welfare and future of our country!”

You may have heard it said: "There must be a path, for those who are here illegally, toward legal residency or citizenship." Please note; such a path already exists, and was followed by all those who immigrated legally. It includes traveling home, the same way they came in, and applying at their nearest legal embassy or online, for a VISA. Get in line. Any other politically-motivated manipulation of our God-given empathy for visitors and strangers corrupts the Rule of Law, and is a slap in the face to all who came to America legally, or who are attempting to do so now.
IT MAY BE REASONABLE for a temporary measure to be put in place, with clear guidelines and an expiration date, to allow in-place application; NOT for Citizenship, but for a WORK VISA, for those already present, regardless of how they arrived. After that date, ANY one discovered by interaction with ANY civil authority must result in deportation. And any employer uncovered as having employed those without such a work VISA must be immediately penalized, not the least of which should include payment to the government for all expenses related to deporting all illegally employed workers from that business.

A family may decide, for the benefit of a child in need, to adopt a stranger into their home and make them part of their family; this cannot be equated with a stranger invading their home and expecting to be fed, housed, and provided the wealth of that family against their will, then told that they should feel badly if they do not treat that thief the same as their adopted child. Nor should a child adopted into a family willingly keep themselves separated, apart from their own new family, to simply draw from their resources without assimilating into their home and lifestyle and language and culture, and it would never benefit that child to not do so.

"A nation cannot successfully thrive in any other way than would a family, for the family is the fundamental building block of civilization."

We need to rid the nation of bureaucratic meddling by numerous unConstitutional and unaccountable "ABC" Departments, which exist only for Washington insiders. We need to establish truly lawful and helpful Children & Family Advocates in the areas of education, health & welfare.
Of these, support needs to be provided for every policy that pushes decision making about teaching methods and materials back down away from Centralized power that cannot know the individual needs of each child, and instead restores and empowers local school boards (in the case of government schools) and maximizes direct involvement and decision making by the parents of those children. Every program that has encouraged greater local or parental empowerment, such as Charter Schools, Vouchers, and  Homeschooling, have tended to result, when well implemented, in greater success for those children. With more localized decision making, our state schools can see similar success.
Meanwhile, full support must be provided for those who have dedicated their lives to educating our children as a professional teacher, in a way that empowers them to maximize the successful learning of each child, and in a way that allows them to fully support their own families.

The current federal entanglements and contractual requirements have failed both children and teachers.

"This is a Rogue Regime living in the Western Hemisphere." They have "done more" than any other leader in the western hemisphere to damage America "and children...from criminal anti-democratic acts of murder and imprisonment."

Ball, who wrote The Ball Doctrine, believes that for countries to prosper, the policies of a State must be controlled by the People; not abused by unaccountable elites in any Centralized Government. He compares Castro to other dictators who want to export Marxist ideology, in conflict with free market principles and the values of religious faith through Christianity. >>

We are a nation 'founded' essentially by Immigration to a new land, coalesced around the common language of English used to define our founding documents, and resulting in a melting pot of citizens who came from around the globe and who respect the sanctity of life through the shared Judeo-Christian virtues of Individual Liberty, Property, and the Rule of Law.

Anyone arriving on U.S. sovereign soil should be identified, meaning a secure border is a necessary first step (see below). Those here must be expected to respect our Law.

Those already here illegally must be identified, and since a secure border will not achieve this, it makes sense that a solution that rewards those registering their presence and penalizing those that refuse should be put into place. We cannot, however reward the criminal activity of intentionally breaking the law, so "Citizenship" must be refused until any applicant can proceed through the same process as every other petitioner.
A reasonable solution would appear to be available through existing law, if only our nations leadership would recognize, communicate, and streamline the currently broken process: A work VISA should be immediately offered to any applicant.

This could be upgraded to the more permanent 'green card' only after a suitable period of background investigation, discovery of any criminal behavior or involvement with prohibited activities, and the usual application fees. That "Permanent Resident Alien" identification card can NOT be allowed to ever provide Citizen's rights of voting, welfare benefits, or other drains on the economy of our nation, and those who cannot support themselves with employment must leave, following established law already on the books.

Those with a PRA card are already legally allowed to apply, after suitable time living legally in our nation, for Citizenship, and this method should be enforced in a way that ensures those here on Work VISAs do not 'get ahead of the line' versus those applying from outside our border. 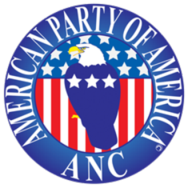